AN AMAZING RUN OF ASSEMBLED IDENTITY AT #HEREARTSCENTER. SO GRATEFUL TO OUR INCREDIBLE TEAM FOR THEIR COLLABORATION AND TALENTS ON THIS MY WRITING/CO-CREATOR DEBUT. HERE'S WHAT SOME HAD TO SAY...
Mariana Newhard gives a performance of striking breadth, playing multiple characters speaking multiple languages. Assembled Identity is a marvelous piece of craft, using all the tools of modern theater in supple and inventive ways. -Exeunt
Mariana Newhard and Lipica Shah perform a flawless duet: relationships developing between eighteen versions of the same body remain intentional, diverse, and interesting.  This is a show worth seeing.-Theater is easy
Assembled Identity is a brilliant, imaginative Drama. The timing is superb, the execution flawless, and the result breathtaking. -HiDrama
Assembled Identity has a fresh curiosity that most playwrights only dream of harnessing. -The Theatre Times 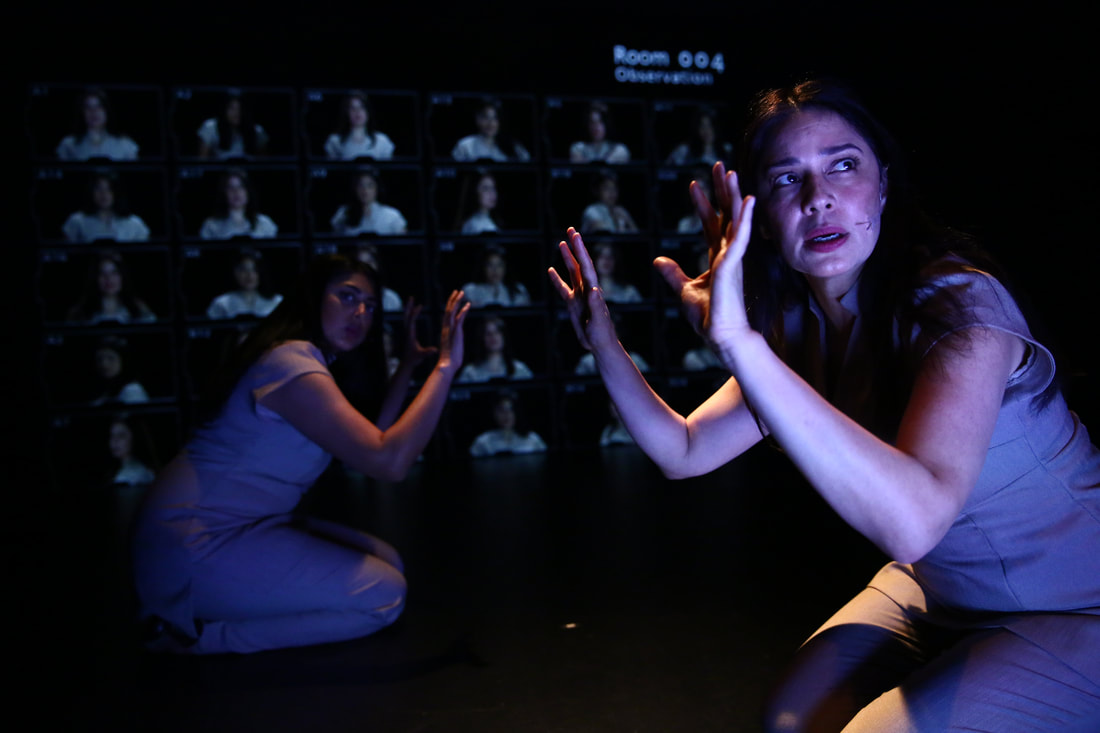 ASSEMBLED IDENTITY OPENS!
5/1/18 JUST OPENED MY NEW SHOW LAST WEEK! SO EXCITED TO SHARE WITH ALL. HERE'S MORE ON THE SHOW:
When twin sisters discover they are actually clones, a blood-tingling reality comes sharply into focus. An imagined scenario so plausible it’s disturbing,Assembled Identity taps into our collective unease with a tech-dominant world. Using original and found text, live cinematography, and contemporary music, this electrifying duet delves into racial ambiguity, the science of identity formation, and questions who has the authority to define it.  Runs Tues- Sat through May 19th at 7pm. Tix at HERE.org or 212-352-3101 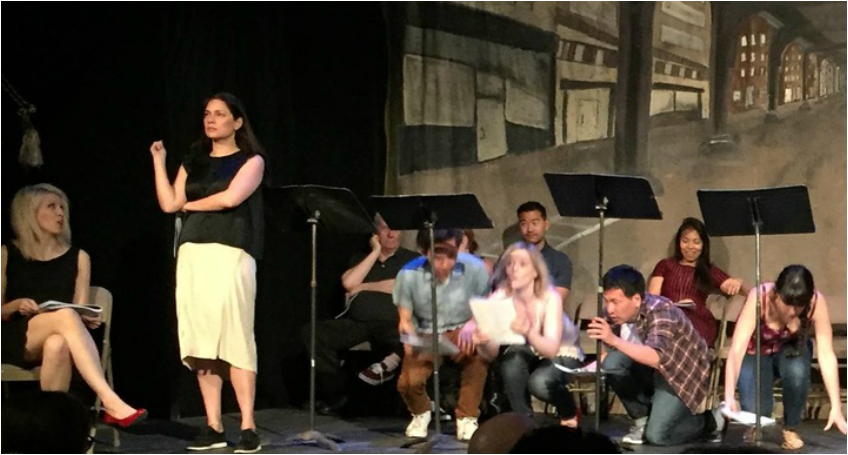 6/21 Good times at ALL SYSTEMS GO with Mission to Ditmars! So fun to be in Elizabeth Seldin's SHADOWS and Mrinalini Kamath's STUFF.
Other stellar works by the Propulsion Lab included excerpts from plays by Jonathan Alexandratos, Kristine M. Reyes, Lisa Huberman, Amy Witting, Kari Bentley-Quinn, Scott Casper and Mac Rogers. 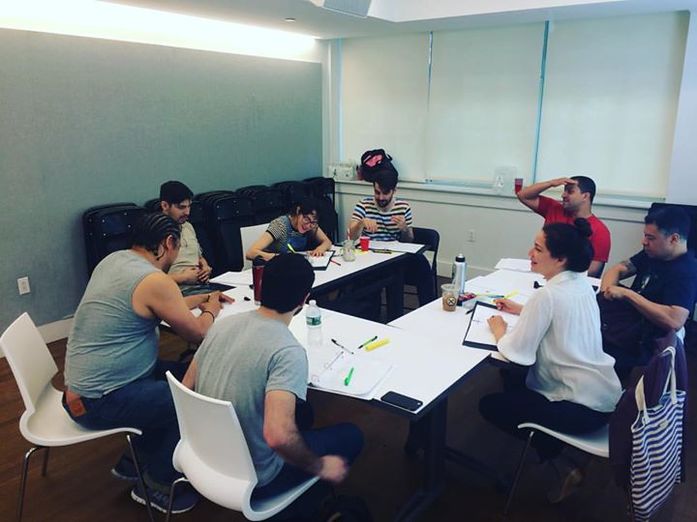 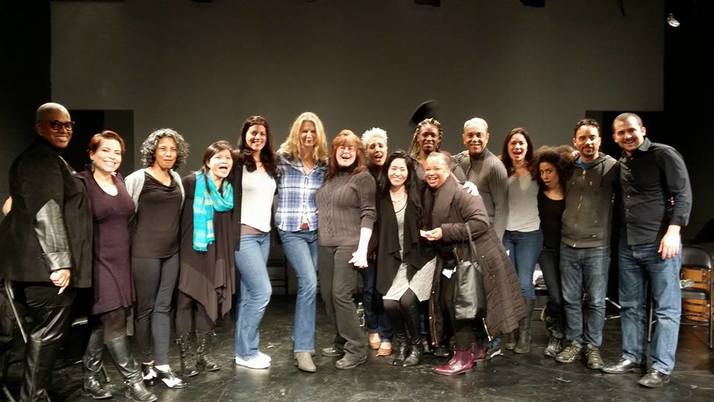 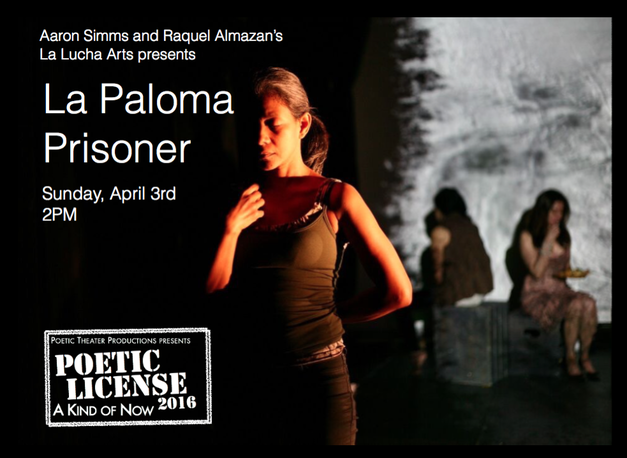 Join us at The Wild Project. on April 3rd. La Paloma Prisoner (The Staged Reading Series) combines women who have experienced the criminal justice system alongside performers to engage with audiences with the themes of mass incarceration. Panel discussion on Stopping Mass Incarceration to follow directly after the reading. 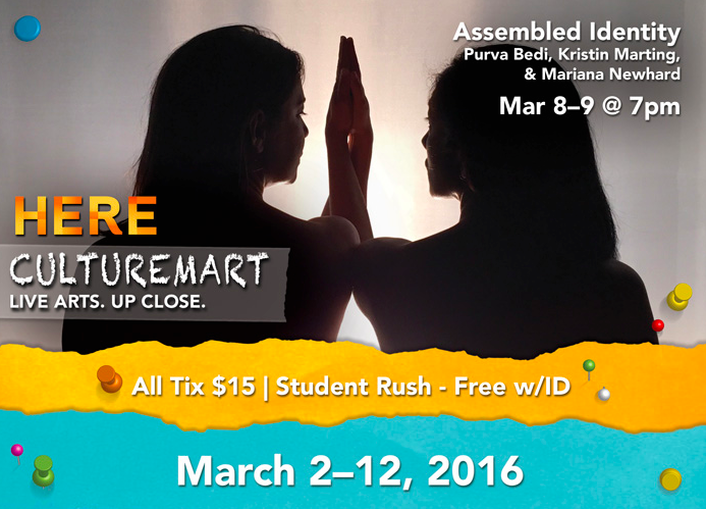 ASSEMBLED IDENTITY, the new hybrid work  by Purva Bedi, Kristin Marting and Mariana Newhard is part of HERE's Culturemart Festival for two nights only on March 8 & 9 at 7pm.

What makes a human authentic? Is it their genome sequence? Their DNA profile? Their life experience? Exploring ethnic ambiguity, race and identity, this duet uses original and found text, live cinematography, and contemporary music to explore the science of identity, including genomics, genetics, eugenics, and cloning, all of which impact our culture.
Designed by David Bengali, Ayumu Poe Saegusa, and Drew Weinstein. 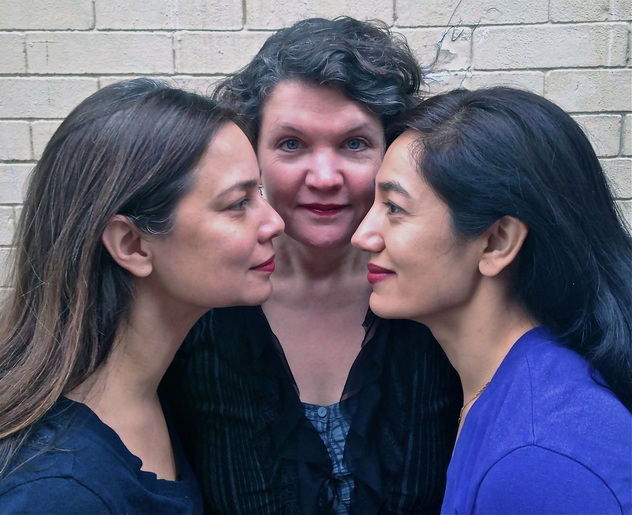 Coming up...Assembled Identity
Truly excited about my latest project!
I'm collaborating with Purva Bedi and Kristin Marting to create a new play that explores ethnic ambiguity, genetics and identity.  How do new technologies shape our individual and collective identities?  Clones, live cinematography, dancing, singing and more! Watch for us in CULTUREMART at HERE in March.
​ 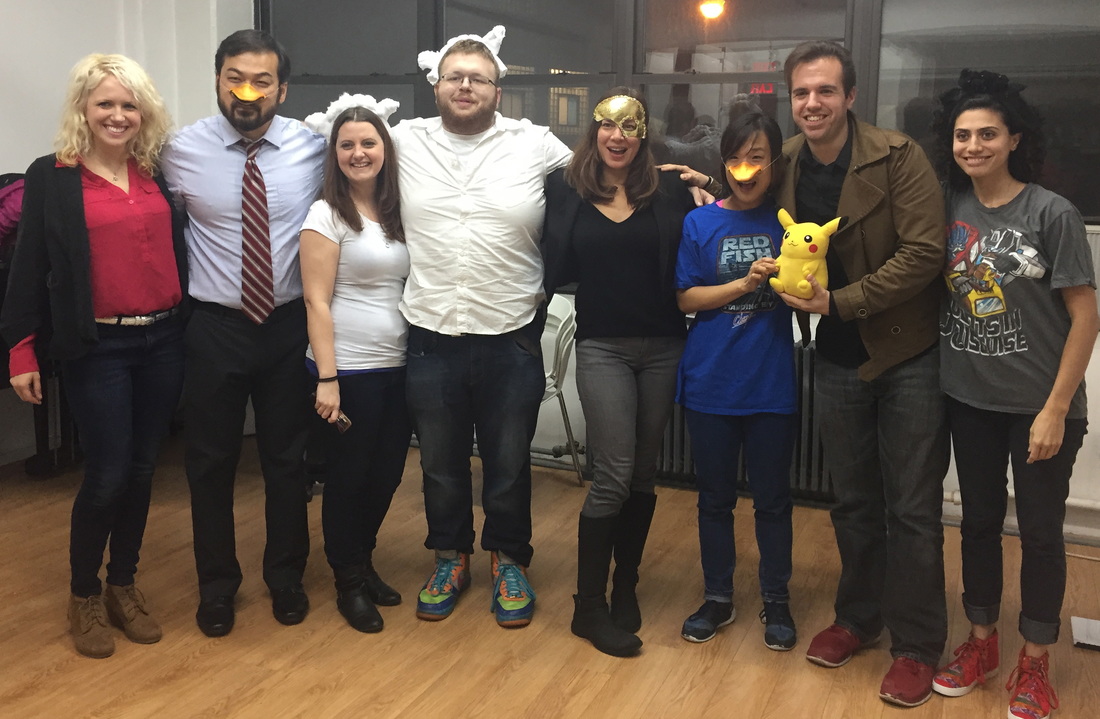 10/24 DUCK!
Playing Lambchop with all the other farm animals at Mission to Ditmars' reading of DUCK by Jonathan Alexandratos directed by Laura Pestronk. 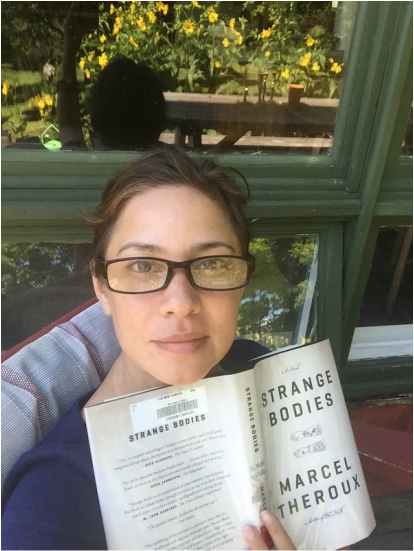 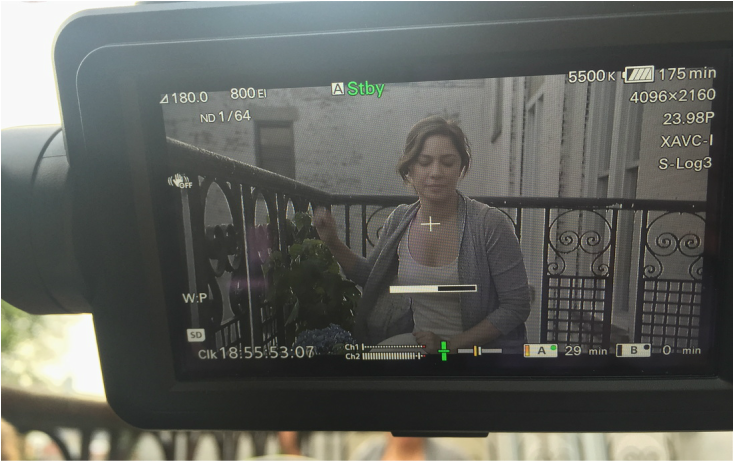 Excited to be on set filming Thoughtscribe. Amelia S. Hassard's brilliant piece about the insidious nature of technology and its effect on the human spirit. 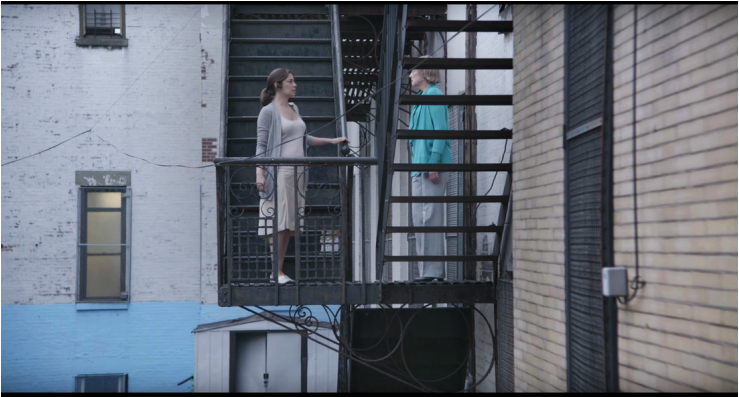 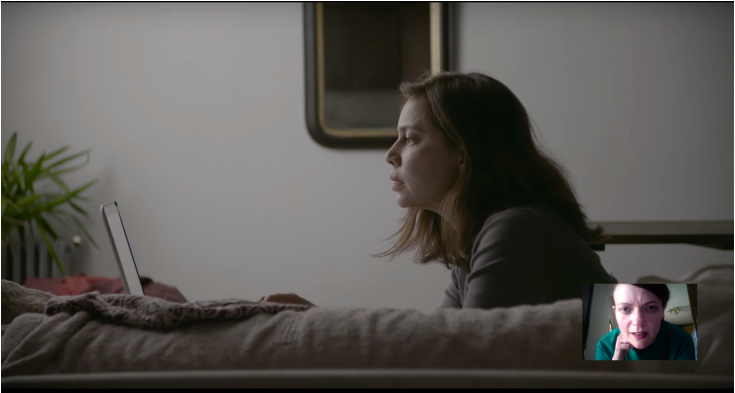 Details on screening to come...

Mariana plays the troubled Marujenia, mother to Lilia,  in this play about a small Yucatecan town circa 1960's Mexico, Caught between the secrets and lies that force us to question the morality of human nature, LILIA presents a passionate allegory about choosing between duty and desire. 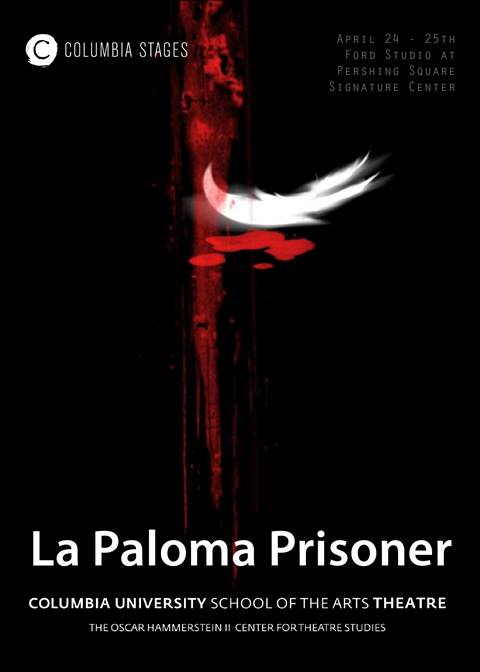 4/24-4/25 LA PALOMA PRISONER
Excited to be playing the role of Mama in Raquel Almazan's moving play based on the true story of a group of female inmates selected every year as beauty queen contestants at the Buen Pastor prison in Bogota.
This new play interweaves the ritualistic journey of a “parade of prisoners” with Colombia’s social, political, and spiritual history. Claiming of this newfound power, the women redefine beauty, their own humanity, and their identity as criminals. At the Signature Theatre's Ford Studio, Directed by Charlotte Brathwaite. 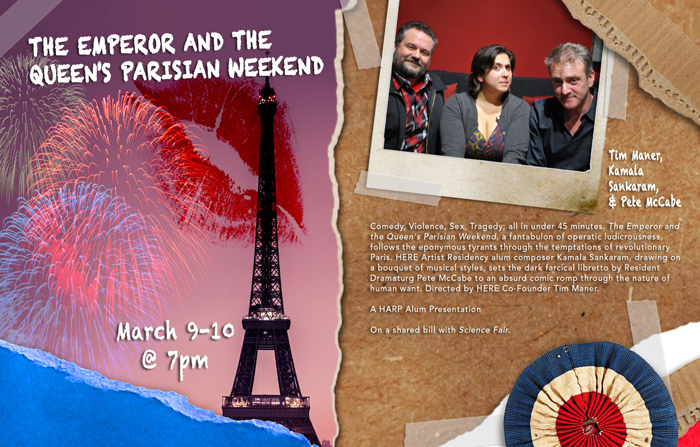 3/9 & 3/10 THE EMPEROR AND THE QUEEN'S PARISIAN WEEKEND
CULTUREMART at  HERE
directed by Tim Maner Music: Kamala Sankaram, Libretto: Pete McCabe
Come see Mariana as Parisian everywoman, Josette in this absurd comic romp through the nature of human want. Violence, Sex, Tragedy; all in under 45 minutes. The Emperor and the Queen's Parisian Weekend, a fantabulon of operatic ludicrousness, follows the eponymous tyrants through the temptations of revolutionary Paris. 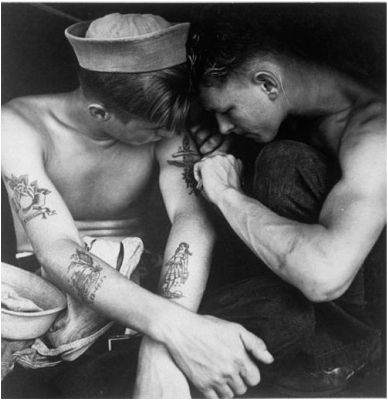 11/7  ELEGY FOR A MIDSHIPMAN
by Brian Bauman, directed by Phillip Gates
Mariana plays the infamous Andrea Yates in this reappropriation of Genet/Fassbinder's Querelle, Disney's The Little Mermaid, and the Andrea Yates murder trial. An exploration of repression and alienation within the nuclear family. A psychedelic riff on the sea.  This presentation by a formidable ensemble of downtown performers including Everett Quinton as Ursula the sea witch, is given aural and visual context through the elements of dance, multimedia and installation. At Dixon Place. 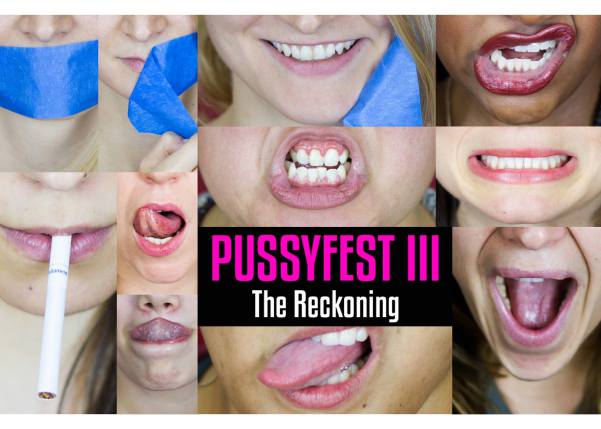 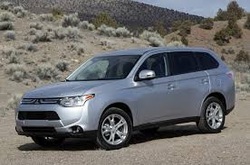 You may catch Mariana in the latest 2014 Mitsubishi Outlander  commercial currently airing throughout the networks.
COMING UP: TRADE PRACTICES 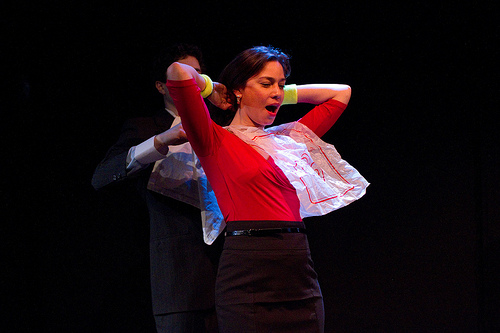 6/27 Mariana will be continuing development with the creative team of "Trade Practices" headed by Kristin Marting of HERE and David Morris for a week long workshop retreat at MASS MOca. "Trade Practices" is slated for production in Spring 2014.
http://www.here.org/resident-artists/project/trade-practices/ 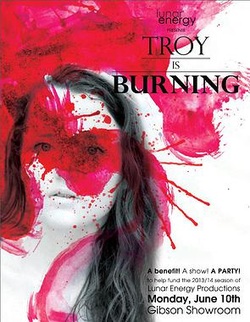 Earlier this month Mariana played Andromache in the World Premiere of "Troy Is Burning" with Lunar Energy Productions.
5/28 THE SNAKE AND THE PARROT
Mariana appeared in the premiere screening of "The Snake and The Parrot" directed by Amy Guggenheim at Anthology Film Archives hosted by New York Women in Film And Television. 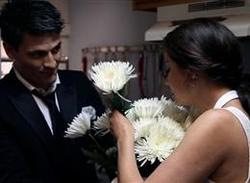 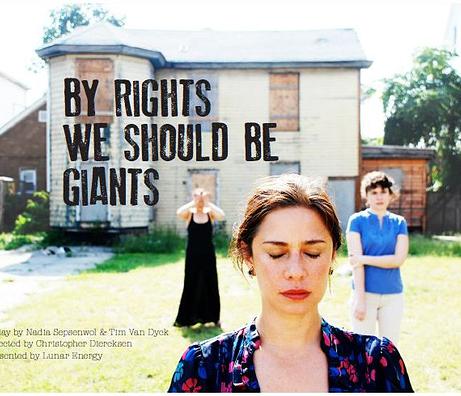 Mariana performed in the world premiere of "By Rights We Should Be Giants" with Lunar Energy Productions at the Secret Theatre.  Mariana played Helen (Olga) in this adaptation of The Three Sisters set in the American Midwest during the recession of 2008.

"Not to be missed...the impressive cast manages to make make each of these characters into fully realized humans...though it is often heartbreaking." -Boro Magazine

"The actors deftly set the mood square in the center of the imaginative space of the play. The angst was palpable and in the actors' mouths the dialogue was pitch perfect."- Cultural Capitol